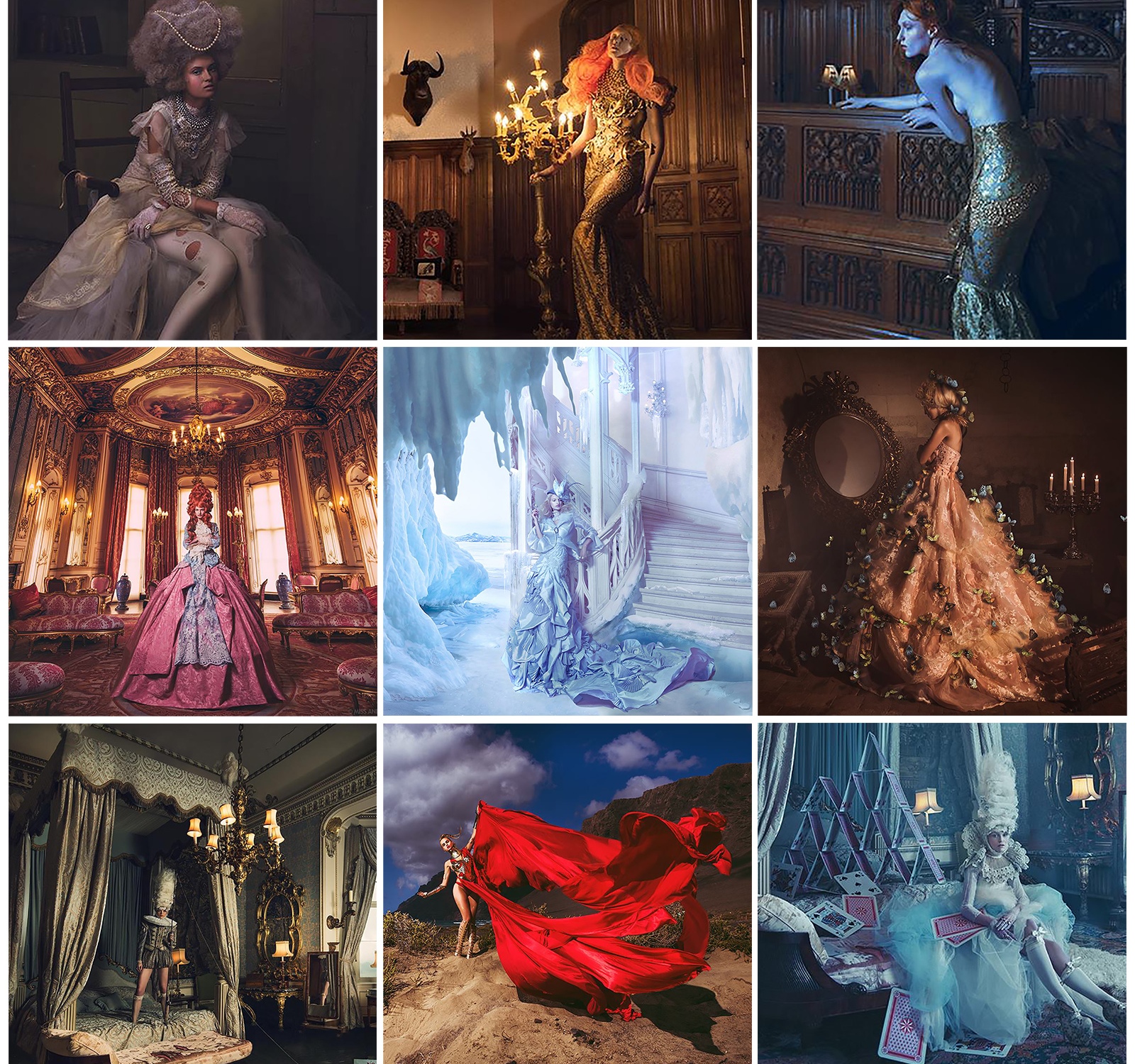 This year has reminded me that the momentary experience of life is more important than anything, the old cliché, ‘you can’t take it with you’. Matt and I, even though we’re years apart, both find ourselves defining the value of money ultimately by how much adventure it pays for. This is the same year we became parents – a fact more the cause of, not despite, that realisation.

2015 has been relatively quiet for good reason. In April we had a daughter, and my dream of holding a live healthy child squirming in my arms came true. After the loss of our son in 2013, our first thought was wondering whether we could bear a healthy child, and the fulfilment of that hope would be enough to fill this entire post. Through the year I have journalled our journey of pregnancy, birth story and joys of new parenthood with a ‘rainbow child’ – a child after loss. Closing 2015, I have revamped this blog and given it a new name. ‘We dressed him in his lavender outfit, and I’m talking real, rockstar lavender’, Matt wrote of Evan two years ago when we said goodbye, and the delightful juxtaposition of those two last words captures the fusion of crunchy yet cool lifestyle that we went on to pursue with even bigger hearts.

What’s been unique to this year, for the first time in my life, is taking 24/7 care of someone else’s needs before mine. But 2015 has been still active photographically. This year has seen shoots themed with Ragged Rococo in London, futuristic sculptural silks in Spain, Chateau Chique fantasy in France, and cross-century bigwig couture at Belvoir Castle. My favourites from this year make up the montage seen at the top of this post. Overall we have played more with production, as I hoped to do this year. We have worked more with commissioning our own costumes and taken a step toward building sets in-camera. Matt in his ‘producer’ role has worked hands-on with designers, and even making his own pieces, and I at the other end have translated all of that into the end product, then we mark every print sale with a family belly-filling meal out in celebration.

My overall favourite image of 2015?

A highlight of the year, just before I went into birth hibernation was our shoot at Belvoir Castle. The surrealism in Pokerface (above) is set up in-camera, with our built house of cards and styled model, making an exciting slice of real-life production continuing in the way we have pursued increasingly over the last couple years (and that I evangelised about in last year’s review.) The tall four-poster bed had sparked a marked motivation to shoot the kind of image you see in your dreams… and that particular excitement is one I single out from all excitement… and to keep hunting for wherever we go.

Below, The Governess, shot in the same location, is similarly natural. No compositing, just an exquisite room posed with a styled model, and it is with a dose of anxiety that I wish the viewer know there is no trickery. Otherwise why make all that effort to access the location, to have the furniture painstakingly moved, to panoramically stitch the ceiling, to learn and appreciate the room’s 500-year history? Everything became a set that screams to be captured, polished, but not betrayed. Further below: Dawn Treader shot in France, and below that, Dune Rose shot in Lanzarote. These are my favourite images of the year for the emotion experienced in the moments of shooting that meant more enchantment of physical adventure than screentime; travel, food, new faces and going to bed with Matthew full of whispers and laughs from the day’s events.

Another favourite of the year is Thawed Fortress, below, which unlike the others took a laborious evolution in post-production, and excites me for the opposite reason: the potential of Photoshop, the very reason I first got into photography. Yet the scene also suggests to me the possibility of creating a physical set like this, a storyboard for a set that could be real. Production continues to excite us at a higher volume. We watched the film Crimson Peak lately with watering mouths. The budgets and clout that movies have to build incredible scenes makes us go wild to even just be a fly on the wall on such a production. To create even a slice of that would be sensational, and in 2016 we want to pursue our set production dreams on the next level.

The words on my lips as I end 2015 are ‘going forward’. I will be 30 next year, and want to think about the long term, about finances but more importantly about dreams and legacies, and about enjoying each rung of the ladder climb to where I might hope to be at in ten years. So instead of sitting feeling negative about the things I wish were working out better in my career (in a kind of pointless, entitled manner that I’d criticise someone else doing) I want to seize hold of the opportunities right under my nose. I want no longer to feel daunted by the fact that good things take time – they should take time. I’m inspired by people who go from nothing to something in what really is a short time, overcoming obstacles and putting the past to bed; fully, guiltlessly, consciously aware that you can create from scratch. Next year will see more travel, and a house move. Although it will be sad to leave the home where I birthed both my children, we have grown out of the space. Our criteria for a live/work space have quadrupled, and we’ll need to cast the net over 4 English counties to get it.

When you look at the bigger picture of the world and of life, money is (literally) just numbers on a screen and that’s how I want to think of it going forward.  This year I took a bigger step to unlearning the burden of frugal thinking hardcoded into me through my upbringing, and to choose the better option not always for luxury, but vocational necessity. Matt’s taught me to invest in the tools and materials you need to go forward – I baulked when he made me buy a 27″ iMac three years ago – but then last week, it was I who suggested upgrading it with SSD and armfuls of RAM in order to handle the huge files of a current project. So I’m finally learning!

My fantasy at its most brutally honest would be to disconnect completely but it could never happen, my livelihood is born and bred on modern technology and it’s ok to admit to derive pleasure from it too, when used in balance. (I watched Ben Fogle’s series ‘New Lives in the Wild’ with vicarious pleasure lately and noted that every family, even in the middle of nowhere had high speed internet…) As a compromise, I wish to live more unashamedly in the present for myself, my real physical private self, and unlearn this awful modern tendency to share and overshare, to share something before you’ve even done or seen it properly yourself. I’m starting something I have put off for too long, which involves creating complex and intricate pieces of work, helping me withdraw from social media a little more and retrain my working mind into a pre-internet state of conscientiousness.

When making resolutions or goals, it is easy to wish for too much change at once. I’ve found my children to be a useful navigation through the confusion of too many hopes and dreams – I get a clearer picture of the future by thinking of how I want to raise Lilith. Habits less sedentary and more hands-on must be a default part of my routine if I want her to experience a more mindful lifestyle. I learn that by following her needs I can find mine fulfilled too. Like most people this time of year I’m not without resolution for diet and nutrition, but I am resolving to simply follow the trend I have been creating for the past few years already, and try to cook more of my own meals with clean and wholesome food. I am interested in many diverse doctrines of health and nutrition from across world and time, but none so much as the research of Weston A. Price, so on the menu are more broths, organic meat & eggs, offal, fermented cod liver and butter oil… I was recently fascinated to find Hook & Son who ship raw milk across the UK – this is gold. I like to believe that the close to nature, slow-food culture of our ancestral diet is on the comeback.

Raising a toast to 2016 to all readers of this blog. Here are more pieces from this year, and some of my favourite pictures as a family. Thank you for reading!

The above image I shot for The King-Size Cradle I wrote for new issue 3 of Wildling magazine. It means a lot to me to have this article and message published, especially in such a beautiful publication oozing the warmth and wonder of free-spirited family aspirations, so I encourage other parents to check it out.